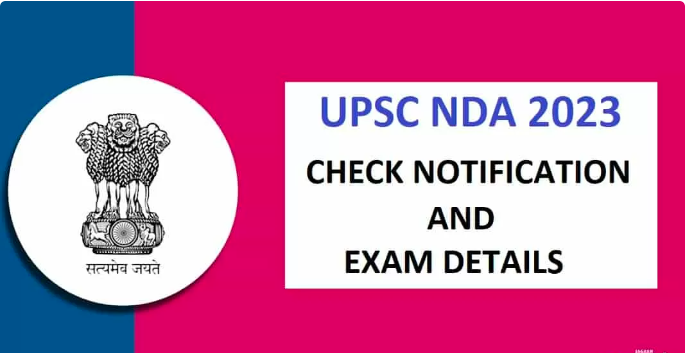 UPSC NDA 2023 Recruitment Notification: The Union Public Service Commission (UPSC) published the notification for the candidates who are interested to join the defence through the National Defence Academy & Naval Academy (I) Exam 2023. UPSC NDA Application Form is now available on the official website i.e. upsc.nic.in. Female and Male candidates have to apply for UPSC NDA Exam 2023 much before 10 January 2023 on upsconline.nic.in. The candidates can also withdraw their application between 18 January and 24 January 2023.

This year the commission has notified a total of 395 vacancies under the National Defence Academy and Naval Academy. It is to be noted that, only males are eligible for Naval Academy.

UPSC NDA 1 Exam for all the candidates will be held on 16 April 2023. Candidates who clear the exam will get admission to the Army, Navy and Air Force wings of the NDA for the 151st Course, and for the 113th Indian Naval Academy Course (INAC). The course will commence from 02 Jan 2024.

Only unmarried male/female candidates born not earlier than 02nd July, 2004 and not later than 1st July, 2007 are eligible

There will be two rounds. Candidates who apply for the exam will be called for the following:

The first round of the selection is written exam. The candidates can check the details related to the exam in the table below:

Those who clear the written exam will be called for SSB Interview,The SSB procedure consists of two stages – stage I and stage II.

Stage I – Officer Intelligence Rating (OIR) tests which includes Picture Perception/Description Test (PP&DT). The candidates will be shortlisted based on a combination of performance in the OIR Test and PP&DT.

Stage 2 – Comprises of Interviews, Group Testing Officer Tasks, Psychology Tests and the Conference. These tests are conducted over 4 days. The details of these tests are given on the website joinindianarmy.nic.in.

The admit cards will be uploaded three weeks before the exam. The candidates are required to download the admit cards from the website of the commission.